Antithesis (Greek for “setting opposite”, from ἀντί “against” and θέσις “placing”) is used in writing or speech either as a proposition that contrasts with or reverses some previously mentioned proposition, or when two opposites are introduced together for contrasting effect.[1][2]

Antithesis can be defined as “a figure of speech involving a seeming contradiction of ideas, words, clauses, or sentences within a balanced grammatical structure. Parallelism of expression serves to emphasize opposition of ideas”.[3]

An antithesis must always contain two ideas within one statement. The ideas may not be structurally opposite, but they serve to be functionally opposite when comparing two ideas for emphasis.

According to Aristotle, the use of an antithesis makes the audience better understand the point the speaker is trying to make. Further explained, the comparison of two situations or ideas makes choosing the correct one simpler. Aristotle states that antithesis in rhetoric is similar to syllogism due to the presentation of two conclusions within a statement.[5]

Antitheses are used to strengthen an argument by using either exact opposites or simply contrasting ideas, but can also include both. They typically make a sentence more memorable for the reader or listener through balance and emphasis of the words. 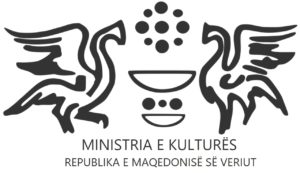